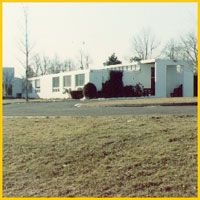 The momentum began on April 16, 1959, when a group of Wesleyan faculty wives met in the living room of Margot Green's Middletown home with several Choate families to brainstorm ideas for starting a local, private, elementary school. Shared concerns about area public schools had led them to embark on this monumental task. By May of 1959, they organized a board of trustees and were confident that local interest would make it possible for a new school to be opened by September of 1960. Not surprisingly, they were overly optimistic, and it soon became clear that the school would have to wait another year. In December of 1960, the board appointed David Newcomb, an Army Air Corp veteran who had been teaching only a few years, as headmaster of their new school. The board saw in him a youthful idealism and drive that would help make the school a reality.


The IDS mission was to provide a nonsectarian, coeducation in kindergarten through eighth grade to 140 students. Class sizes were limited to 15 students, and development of individual capabilities and a love of learning were the goals. The admission process was acknowledged to be "a bit selective", but local media emphasized that the school did not see itself as "progressive". It was to have a conventional system of classes using "methods that have been of proved benefit".
It wasn't long before the school had growing pains. The Talcott House, which was rumored to have housed livestock before IDS acquired it, was restored for use by the Headmaster in 1962. As enrollment steadily increased, a building campaign was established in 1963 to enlarge the original school. The school worked quickly. When school opened in 1964, IDS had a new library, named in honor of its benefactor, John F. Reynolds III, and a wing for the kindergarten and fourth grade.


Headmaster Newcomb was replaced in the summer of 1965 by Roger Nelson, who had been Assistant Headmaster at the Salisbury School. Under his leadership, the school oversaw the construction of the Conservation Pond which was stocked with bass, and used for science education and ice skating and hockey in the winter months. The Board kicked off another building campaign in 1967, and construction began a year later. At this point, IDS doubled the size of its facilities and reached an enrollment of 171 students in 1968. The new addition provided the school with a science laboratory/classroom and art room (the present fifth grades), the Maurice Schwarz All Purpose Room, two bathrooms, four classrooms at the east end of the 1964 wing (today's two IS classrooms, the common kitchen, and music room), and the gymnasium. 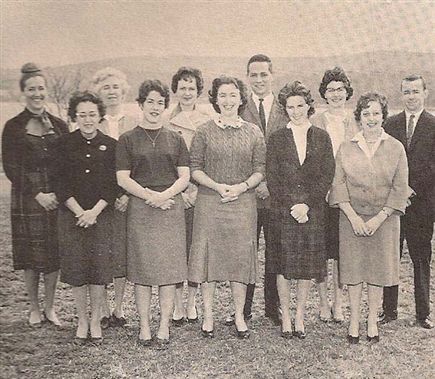 The school year 1969-1970 was filled with optimism. IDS, under the leadership of Headmaster Roger Nelson, had its largest enrollment to date, 196 students. Wesleyan donated their wooden floor from Fayerweather Gymnasium to IDS, and after two years of playing on bare concrete, the antique wood floor was a wonderful gift. In 1970 the new All Purpose Room was dedicated by parent and board member, Maurice Schwarz.


By all accounts, IDS was a challenging, creative, and fun place to be in the early 1970s. The cultural revolution of the Sixties had loosened up American society, and IDS was no exception. In 1969 the strict dress code of jacket and tie for boys and skirt or dress for girls was dropped. A pottery kiln and greenhouse were added, and letter grades were dropped in favor of written evaluations. Many young and idealistic people joined the faculty, education was becoming more creative, and close relationships developed between teachers and families.

Roger Nelson was replaced in July of 1973 by Alan Blackmer, Jr. A young educator who had been a teacher in Africa with the Peace Corps, Blackmer was young, idealistic, and eager to take on the challenges IDS presented. The board of trustees approved the gradual conversion to open education beginning with the institution of a team-teaching approach in 1973. Their decision, however, was based on practical motivations as much as educational ideals as a number classes were small and combining the first, second, and third grades into a single Primary Unit became a necessity. The middle and upper schools maintained their more traditional classroom organization while incorporating team-teaching and an interdisciplinary approach. Students in all grades were expected to guide their own learning to some degree and teamwork became the buzz word. 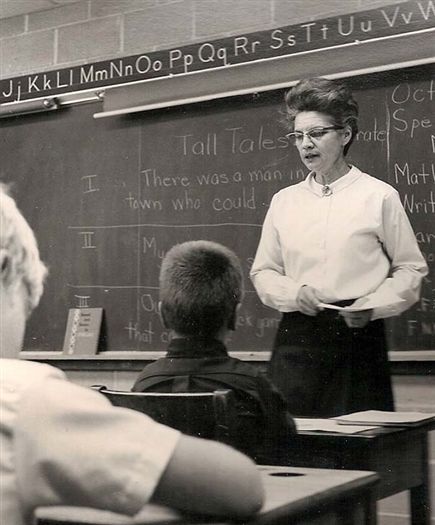 Gradually enrollment increased as the 70’s drew to a close and many of IDS’s best loved traditions were established during this period. The Auction was instituted to benefit the Scholarship Fund in 1975. It proved an immediate success, raising approximately $25,000 by offering the innovative items still available today. The first Grandparent's Day was held in 1975 and the Science Fair became an annual event in 1977. All-day Kindergarten was first offered in 1979, the same year the first Summer Camp opened.

Students, under the direction of science teacher Helge Birk, cleared the Nature Trail in 1974 and built bridges along the school's back property to learn about regional flora and fauna. Sometimes the rural nature of the neighborhood imposed itself on IDS. On one occasion a bull got loose from a nearby pasture and charged into the playground filled with lower school children. Kids scrambled onto the monkey bars while Mr. Blackmer enlisted the aid of a student with farm experience who successfully held onto the bull until its owner came to claim it. Both received Certificate of Merit awards!

By the time Norman Jason took over as headmaster in 1979, IDS had moved away from the open classroom model and begun emphasizing challenging academics and respectful values. A steady increase in the school's population brought enrollment to 130 by 1985. It was during this era that the language program was expanded and the first Secondary School Fair was offered. All School Meeting was instituted and until 1988 the entire school community managed to meet each Wednesday in the All Purpose Room.

Walter Ebmeyer became headmaster in 1985 and oversaw the school's growth during the next ten years. A preschool was added in 1988 and increasing enrollment required most grades to be split into two homerooms. The campus facilities began to feel the strain. One modular building was brought in to accommodate the nursery school and another one housed music classes.

In the fall of 1990 the new Science & Arts Center (SAC) provided two new classrooms, two art rooms, and two science classrooms and laboratories. IDS's enrollment reached an all-time high of 243 children in 1993. During Mr. Ebmeyer's tenure it became a tradition for each grade to perform a play or musical during the course of the school year. The After-School Program was instituted in 1985 and a full-time custodian was hired. Mr. Ebmeyer is probably best remembered by students, however, for his family pets. Buster, the errant Beagle, and Otto and Rosie, the lunch-grabbing Golden Retrievers, became beloved members of the IDS community.


In 1995, when Robert R. Coombs, Jr., became headmaster, he was struck by the contrast between the simplicity of the edifice and the powerful energy and character of the student body and faculty. He was impressed by the positive value placed on relationships within the school, the commitment of the faculty, and the basic, yet demanding curriculum. He set the goal of improving the financial stability of the school and its physical plant, and bringing faculty salaries more in line with its dynamic educational offerings. Mr. Coombs reorganized the administration to include full-time positions for directors of admission and development. An addition to the front of the school was completed in the fall of 1996, which provided IDS with a more attractive facade and several new administrative offices.

In 2001, as The Independent Day School celebrated its fortieth year, Robert Fricker joined the IDS community as the seventh Headmaster. In September of that year, the Early Childhood Wing was completed for opening day, greatly expanding the school’s square footage and offering spacious classrooms for Beginners through third grade. Bob Fricker emphasized the nurturing aspects of the IDS community and brought the Responsive Classroom program to the Lower School. Responsive Classroom provides a practical approach to creating a “safe, challenging, and joyful classroom” environment and enabling optimal student learning.

The academic year that began in September 2005 saw the addition of the Galluzzo Performing Arts Center, generously donated by parents Frank and Donna Galluzzo. The impressive building provided the school with a modern and elegant space for grade level plays and community gatherings, including Wednesday’s All-School Meetings. The lower level of the Center was finished with two band rooms, instrumental practice rooms, and a dance studio. The new Galluzzo Center made possible the establishment of The Middlesex Academy for the Performing Arts (MAPA), which opened its doors in 2005 for classes in dance, music, and theater to children beyond IDS from the neighboring communities. Programs are offered for all age groups after school, in the summer, and during school vacations.


Dr. B was followed by the school’s first female head in 2013, Jessi Christiansen. Born in Germany, Ms. Christiansen moved to the United States when she was 13. Ms. Christiansen’s goal at IDS included promoting global citizenship and building and maintaining relationships within the strong IDS community.

In the summer of 2016, Marijke Kehrhahn, a former president of the Board of Trustees and former parent, assumed the position of Head of School. Marijke has been an educator for over 35, with experience teaching pre-school, elementary and middle school students as well as at the undergraduate and graduate level. Over the past ten years, Marijke has served as the Director of Teacher Education at the University of Connecticut and as Associate Dean of the Neag School of Education at UCONN, leading faculty and staff in the development and execution of nationally recognized programs in teacher education and collaborative development and implementation of the Neag School's strategic plan.

IDS has remained fundamentally the same for more than fifty years. The school is living up to its mission "to inspire a community of independent thinkers who are resilient and confident to take risks." Former headmasters, teachers, parents, students, and trustees comment that IDS "feels" the same today as it always has. The teachers are still dedicated and caring. There are still children in classrooms and in the halls thinking, laughing, exploring, and enjoying their education. The Independent Day School, one of the finest private pre-school, elementary school and middle school in Middlesex County, continues to be a delightful place to come to each day.